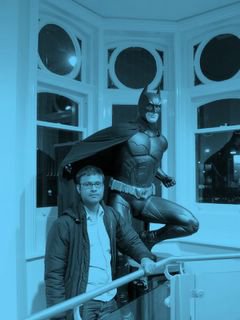 Socialism is the stage between Capitalism and Communism. It builds upon the previous system (Capitalism) by nationalizing the "means of production" (i.e. corporations, resources, banks, etc.), but not by making everyone equal. In other words, people will be paid wages based on several factors (social need, difficulty, amount of schooling required, etc.), so not everyone will make the same wage -- as is often a misinterpretation of Socialism.

Communism is the point where the state "withers away." In other words, it's quite a few years in the future. If I had to guess, I'd say at least 10 generations of established Socialism has to occur before people evolve enough to realize that hurting others or the system ends up hurting themselves.

As Communists we advocate Socialism because it is the next necessary step to get to Communism. In other words, it's not that we've given up on building a house, we just realize there is a need for a sturdy foundation first.

Communists believe in human evolution. We evolve in accordance to the system we live within. Capitalism has allowed us to evolve out of our feudalistic ways (for the most part), and slavery does not exist in our country anymore (for the most part). But Capitalism, which is driven by the need to always increase profits, founders a "dog eat dog" mentality. This is not a sustainable system, either for humankind or for the environment.

Under Socialism people will evolve to the point where they care about each other regardless of their location or race or whatever. If we are to survive as a species, we need to evolve. That's one of the many reasons I'm a Communist.

Finally, one misconception people often have about Communism is that we are looking to make everyone poor. On the contrary, we want everyone to enjoy as much as possible the fruits of our vast wealth.